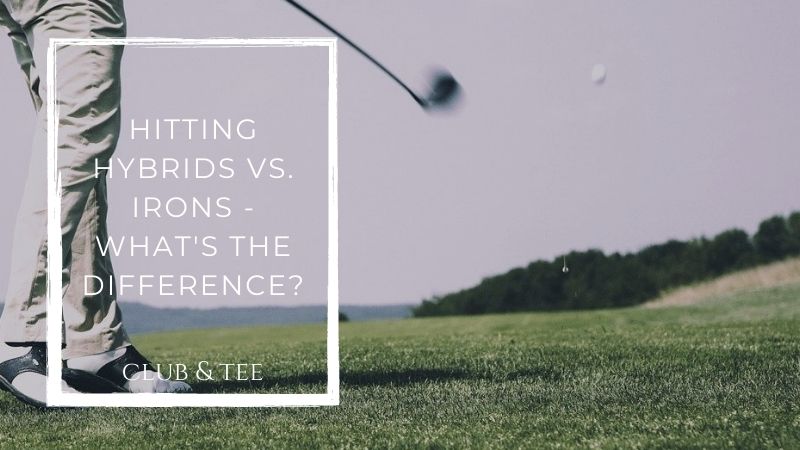 This question is one of the most heavily asked in the game of golf, and is even one that I have asked myself from time to time.

Well this article will answer all of your questions, from the differences between the clubs as well as the difference from actually hitting the two clubs and much more.

Although this article heavily focuses on hitting hybrids vs irons, we will also shortly discuss what the difference between a fairway wood and hybrid is, because yes there is a difference after all. If you want a more general overview of the differences, be sure to also see our post about the pros and cons of a hybrid golf club.

Finally, we will go through some rapid-fire frequently asked questions to fully wrap up our discussion. For the answers to all your questions and more, just keep reading!

Hybrids vs Irons – What’s the Difference?

Well for starters, they look different of course with the hybrid having a much larger club head than a long iron.

A long iron tends to be much skinnier than a hybrid, but a hybrid is still not as big as a fairway wood, which we will discuss more later.

Besides the club head size, the center of gravity is further back on a hybrid making it easier to hit than a long iron.

In addition to making it easier to hit, this aft center of gravity adds to the height of the golf shot and increased launch angle.

The added height and launch angle also makes for increased spin, something that will make a larger impact if you are not a tour pro.

Also, a hybrid does add around eight to twelve yards to your shot, which is something an iron makes up with the roll out of the golf ball.

Besides these effects, there is no real difference between shaft flex and a hybrid is only slightly longer or equal to the length of a long iron.

In summary, the main differences between a hybrid and long iron are only the clubhead size, and the resulting effects caused by it, to include: more  distance, more backspin, higher launch angle, and higher shot peak. 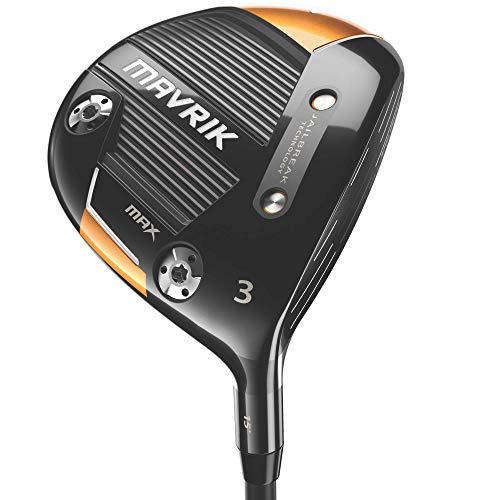 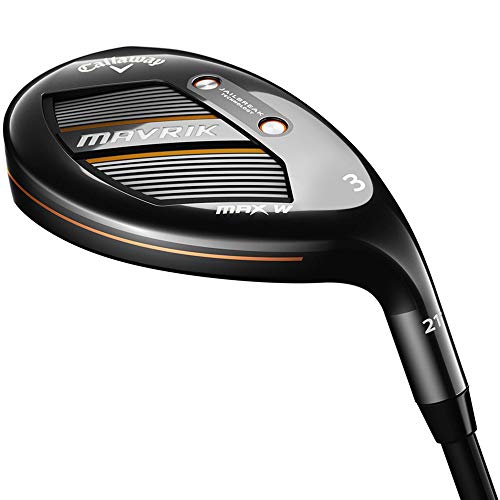 Hitting a Hybrid vs Hitting an Iron

In short, there is not much of a difference between the swing of a hybrid and swing of an iron. You still want to hit down on the ball and take a little divot, but keep in mind that consistently large divots will cause extra stress on the club head.

You certainly do not want to watch your club head fly off into the distance after only using it for a little since you are putting so much force on a large head into the ground.

I have seen this happen to my brother and his driver, which obviously is not a good thing to do with your driver, but the same can happen to your new hybrid.

Many golf professionals have suggested thinking of your hybrid as just a middle iron swing instead of a long iron, so simply putting it a little back in your stance should do the trick. Do not try to think of lifting your ball into the air with your club, as that is also how you make divots behind the ball as well.

Overall, there is not a big difference between the swing of a hybrid versus a long iron, but be extra careful with the divots you make so as not to break your new club.

One thing that confuses a lot of golfers at the beginning of their journey is the difference in numbering. Irons are commonly given a number between 1 – 9, with one being the longest iron and 9 being for closer, approach play. However, hybrids tend to be numbered by the degree of loft.

With that in mind, here is a quick table to show the comparable loft between irons vs hybrids.

What is the Difference Between a Fairway Wood and Hybrid?

Believe it or not, a hybrid is also considered easier to hit than a fairway wood is, if used properly. This is due to the lower center of gravity we discussed earlier, which makes hybrids more forgiving of mishits and makes it easier for the ball to get in the air in general.

Since the clubhead of a fairway wood is larger than a hybrid, this also allows for more room for error and could cause the player to clip the ground on their forward or backswing. Besides the physical differences of the clubs, the biggest difference lies in the way they are swung on standard fairway shots.

A fairway wood is played more forward in their stance, while a hybrid is played more towards the middle, similar to those middle irons that we were talking about earlier.

You swing down on the ball with a hybrid and take a divot, while a fairway wood is more like a driver where you hit the ball on the way up, and no divot is taken as a result.

Since a hybrid shaft is slightly shorter than a fairway wood, you must also remember to stand a little closer to the ball when swinging a hybrid.

In general, a hybrid is easier to hit than a fairway wood, making it better for the average golfer even if it takes a few yards off of your game.

With all this added information about hitting hybrids vs irons, it is time to determine what is best for you. while hybrids will be seen very rarely on the PGA Tour, After reading all of this information, I hope you agree with me and think using a hybrid would be better for any mid to high handicappers.

These really help myself and anyone else who struggles with inconsistency on longer shots. If you are pushing the maximum amount of clubs in your bag (14), then I would suggest maybe substituting this hybrid for the iron you are replacing.

For example, if you are purchasing a 4 Hybrid, just remove the 4 Iron. The same can be done for a fairway wood too, but it is all situational dependent. Just take out whatever you are less confident/comfortable with and enjoy your new hybrid.

I hope this was a helpful article and have fun with a hybrid sometime!